Following a successful season one of Daredevil, the superhero will get a new costume that is more suited to crime fighting.

Sporting a beanie and an all-black outfit will be a thing of the past (as in Season One) as he dons a new costume for Season Two. Yet the Daredevil logo will not visible on the new costume.

This costume change was confirmed on a post made at the series’s Twitter account with the caption, “The suit makes the man.” It does not look very different from the suit Daredevil wore during the season one finale but it will be made of material that should enhance his abilities. 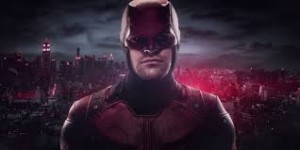 New characters will also be introduced during the episodes that follow. Jon Bernthal will play Frank Castle (The Punisher) while Elodie Yung will feature as the love interest of Matt Murdock bearing the name Elektra Natchios.

IGN reveals that Season Two which will be released in 2016 is going to be darker than the previous season. In fact, Marvel Chief Creative Officer has said that a number of episodes will feature both The Punisher as well as Daredevil together.

He also mentioned, “Doug Petrie and Mark Ramirez, the co-showrunners, have concocted an amazing series, an amazing season this year and believe me, sparks will fly and it’s going to be pretty phenomenal”.