With a season premiere of 4.49 million viewers, it has become difficult for Gotham to remind people as to why they should be excited about a Batman prequel series.

As most experts believe, the show has taken itself too serious given that its main characters involve a Batman not even in his teens but also a steady flow of cartoonish villains.

While Ben McKenzie and Donal Logue seem rather lost, the only person who really brought something to the show was Jada Pinkett Smith. In other words, she was a lot of fun in a show that desperately needed something to tune in for.

Of course, she has long left the show but it’s clear that her influence can be seen as a new season of Gotham begins. 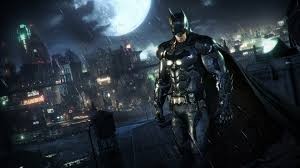 What’s also apparent is that the new season also attempts to put together very unlike elements in order to create something new. But even though it’s about a new status quo, it still is twice as interesting compared to the first season in all.

As for the show, it most definitely centers around the villains too. Barbara as well as Jerome makes friends in the first few episodes of the season with Theo Galavan serving as ringleader of this new band of misfits.

But this won’t be enough to maintain the interest of viewers given that the plot is obvious apart from the twists too. It’s clear that Gotham should shift focus and do something “over the top” – much like Fish Mooney – in order for it to take its worthy place on television.

Or else the talent and rich mythology behind Batman will completely go to waste.