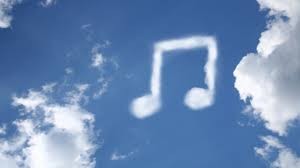 One of the technological concepts embraced up by the public in large numbers in the last five years is cloud music, the ability to listen to songs hosted on a remote cluster of servers from anywhere that has access via a browser or program. Although some people are still walking around with a cassette-tape Walkman (c’mon, guys), countless thousands, if not millions, are jumping onto the cloud bandwagon, and with good reason.

The most prolific example, putting Apple’s upcoming iCloud service to one side for now, is Spotify. Spotify is a free music streaming service – that’s right, it’s free. There are paid options, and the differences are significant – listen for free, and you’ve got a daily time cap and you’ll be played a thirty-second advert every three songs. Pay a small amount of money a month, and these two limits are removed, and you can also listen offline, great for those with smartphones who want to tap their feet to their top ten on holiday or on the commute.

Spotify’s software is of extremely high quality, and it’s unlike anything out there, so don’t consider this an endorsement, just a fact. Its music library, whilst not complete, is absolutely colossal, and gives users the ability to discover countless new artists on a daily basis. Combine that with the ability to play all night whether you’re hosting a party (which means music requests are now a lot simpler, and far less expensive if you don’t own the song) or playing a few games on Foxy Bingo, and you have yourself a desireable musical platform.

The biggest benefits aren’t just to the consumer, but also to musicians. They can now upload their own music, and whilst their record labels have control over this in most cases, there are a lucky few who are indie enough to approach Spotify as independent acts and gain a lot of fans and funds from becoming popular via the service. It’s mutually beneficial – Spotify becomes an indie heaven, listeners get more new acts to listen to, and Spotify gain more listeners and artists.

With iCloud coming, Spotify will have to compete, but we think it’s not going to be much of a fight. iTunes is infamous for being very expensive, so unless they can undercut Spotify and offer a multi-platform service (which they won’t, as Apple don’t offer their software to other devices bar the PC), they’ve got a future flop on their hands. Regardless of what happens, it’s a consumers market, so throw them some change and get more music than you could ever think of listening to, all legally, and web-accessible.*